Music to suit everyone this week in Perth!

From the producer of Mary Poppins and The Lion King comes Disney’s spectacular musical, Aladdin, which is currently showing at Crown Theatre.

The classic tale is brought to thrilling theatrical life on stage with breath-taking sets, mind-blowing special effects, over 300 lavish costumes and a fabulous cast.

Don’t worry about parking. Book an Ezy-Car – there’s plenty of room for all the family.

Queens Of The Stone Age return to Perth on their Villains World Tour, performing at RAC Arena on Wednesday, 12 September.

Arguably one of the best rock bands on the planet – Queens Of The Stone Age are not to be missed!

Don’t let the cold weather dampen the buzz after the concert. Walk straight out to an Ezy-Car waiting for you when the concert finishes.

Lennon: Through a Glass Onion – In word and music

Celebrate John Lennon, both his life and music, with the part-concert and part-biography performed by John Waters and Steward D’Arrietta.

Starting at the Mandurah Performing Arts Centre on Thursday, 13 September and then at the Regal Theatre on 14 and 15 September.

Regardless of where you live in the Perth metropolitan area, Ezy-Car can get you there and back.

Samantha Jade – Best of My Love and all the hits 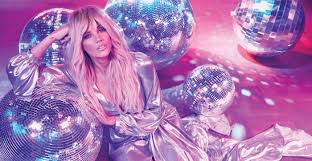 The X Factor winner is in the midst of her first national tour. Performing in Mount Lawley at the Astor Theatre on Friday, 14 September, Samantha Jade will be singing all her biggest hits as well as disco classics from her recent album Best of My Love.

Ezy-Car is great value for money – receive a chauffeur driven experience at taxi prices so why not treat yourself and make a night of it!

This entry was posted in Testimonials. Bookmark the permalink.